Engine No. 15206 was manufactured in Richmond, Indiana in 1910 and was a demonstrator at the 1910 Minnesota State Fair. George Hugget from Henning, Minnesota was the first owner. The engine was sold to George Melby and Albert Gilbertson in 1919. The engine was then sold to Ralph Melby (brother of George Melby) in 1920.
The crank shaft had broken two times and when replaced by Ralph in about 1921, the gears were moved to the other side of the boiler. A clutch from a Mogul tractor was added to the engine. This was done to be able to move the flywheel closer to the bearing to prevent another break. The flywheel was replaced with a Case flywheel that is 2 inches smaller. All work was done by hand by Ralph. Over the years Ralph used the engine to thresh grain throughout the Ashby and Dalton areas and move a few houses.
Ralph sold the engine to his son and grandson Luther “Si” and Leif Melby around 1990. Si brought the engine to the 2010 Minnesota State Fair to commemorate the 100-year anniversary. Si then sold the engine to his niece Becky (granddaughter of Ralph Melby) and her husband Bill Sonmor on October 9, 2010.
This is one of the original engines of the Lake Region Pioneer Threshermen’s Association. 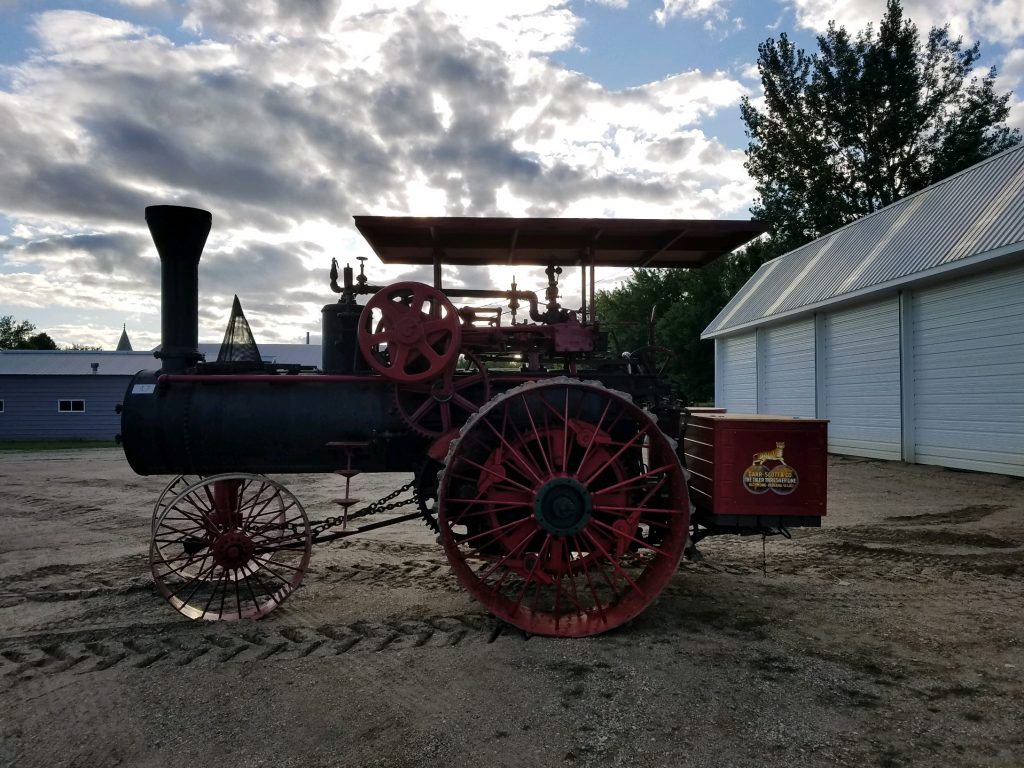 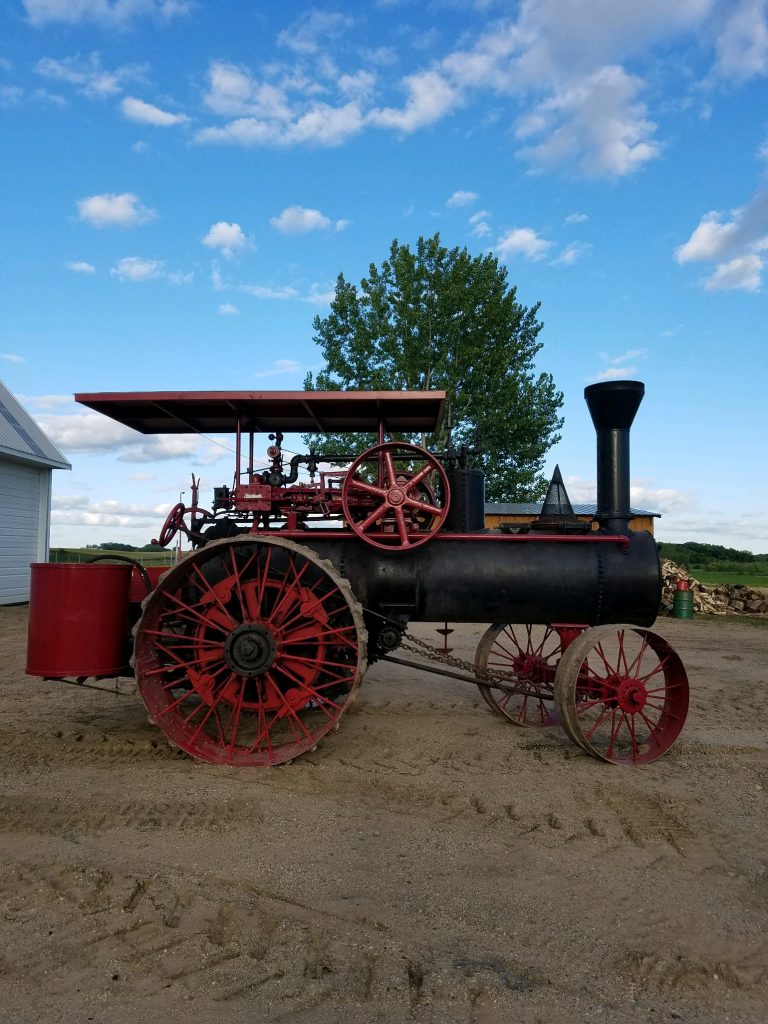 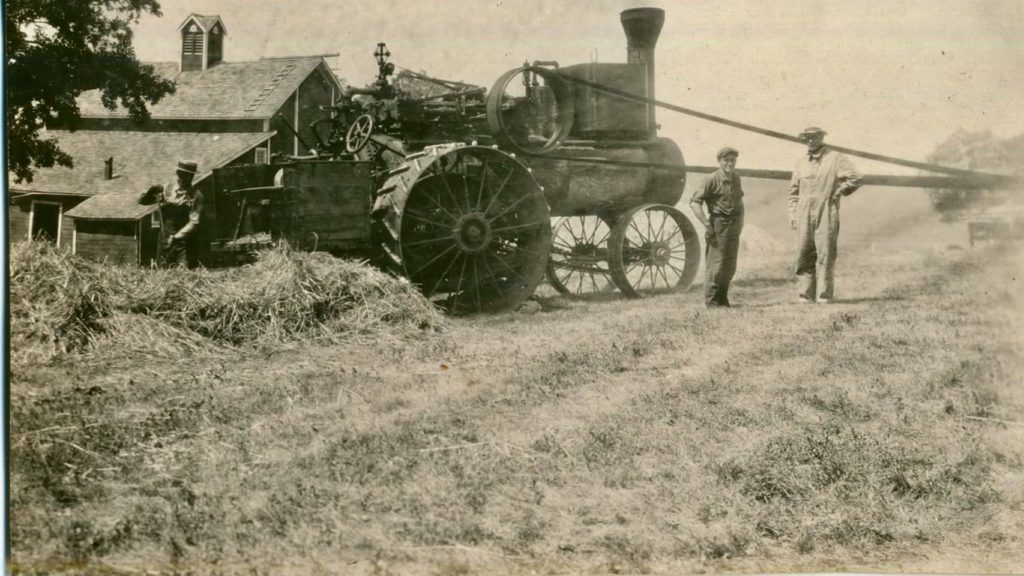